The Shih Tzu is known for its outgoing personality. They love to jump up and greet people, whether they know them or not.

This breed comes in a variety of colours, but the most common are black-and-tan (black with white), silver, apricot, red merle, sable merle and brindle, as well as solid colour dogs.

The hair on this dog can be long all over its body, requiring regular grooming – otherwise, it mats easily. Their fur overlays a double coat that protects against cold weather conditions such as winter snowstorms by providing insulation from low temperatures.

Origins of the Shih Tzu

Shih Tzu’s were bred in Tibet over 500 years ago and became popular with Chinese royalty. The Shih Tzu’s name means “lion-dog” due to its appearance, which comes from the long, flowing mane of hair on its head and neck. As China opened up to the West, this breed spread throughout Europe and North America.

It was recognized as a breed by the American Kennel Club in 1969. According to AKC registration records, they are now one of the top breeds, ranking number 20th out of 190 for popularity.

Originally these dogs had long hair, but selective breeding over many generations have shortened their fur, so now only two types exist: those who resemble the “lion” (longer) coats more closely than the natural “puppy” (shorter) coat. The long-haired Shih Tzu is the traditional type that more closely resembles a lion, while the short coat of today’s dog looks like a puppy.

Characteristics and personality of the Shih Tzu

The Shih Tzu is a small dog breed with an adorable, wrinkly face called the “puppy eyes.” The average size of this breed ranges from seven to nine inches. Due to his compact body and shorter legs, the Shih Tzu feels very comfortable in apartments or homes with limited space. The Shih Tzu is a popular choice among small-space dwellers. He’s also not very active so he can spend hours on his stomach with all four legs in the air.

The personality of a Shih Tzu depends heavily on early socialization and training. The chances are that if you have an aversion to dogs because they have licked you, then a Shih Tzu is not for you. However, if your family spends most of their days at home with minimal visitors and no children under the age of five, then this breed may be perfect!

The Shih Tzu has an endearing personality; his compact body makes him comfortable in small spaces, and he’s not very active. He is, however, prone to being mouthy like his larger cousins, the Pekingese and Lhasa Apso breeds.

This can lead to inflammation, snoring and a sleep-apnea like condition where they stop breathing for short periods during sleep. They are also prone to eye discharge because their eyes have less spacing from the surrounding tissue than other breeds; this is often due to irritation or infection caused by hair under the eyelids which blocks airflow.

The Shih Tzu breed is a small, low-maintenance dog. They are not very active and have an average lifespan of 10-16 years. The diet for the Shih Tzu should be high in protein and low in carbohydrates with moderate amounts of fat to help maintain their healthy weight.

If they develop diabetes, they may need to go on a special diabetic diet or avoid certain ingredients like corn syrup that can cause spikes in blood sugar levels, leading to complications, including kidney failure.

In addition, this breed does not tolerate heat well, so there must be plenty of cool water available and shade when outside during hotter months (or at least until this pet has acclimated).

Shih Tzus tend to be overweight and have some skin sensitivities, so it’s important that this breed only eats dry food. Consult with your veterinarian if you are unsure of the best diet for this pet.

Question: What is the average size of a Shih Tzu?

Answer: The Shih Tzu, like other breeds of toy dogs, is a dwarf breed. The “standard” size for any one dog in this group is 9-12 inches from the ground to the withers (the area between their shoulder blades), but as with every breed of dogs, there are variations.

The average weight for grown-up males can be anywhere from 14 to 18 pounds; females tend to weigh about 10 or 12 pounds. For adults, a 15-pound male Shih Tzu would have an approximate height range between 8 and 11 inches at the withers; females would typically fall somewhere around 7 1/2 – 9 inches at the withers due to their more slender builds and less height. 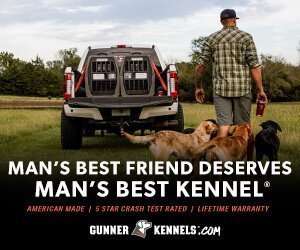 Best Dog Harness for Springer Spaniels – Our Top 6 for 2022